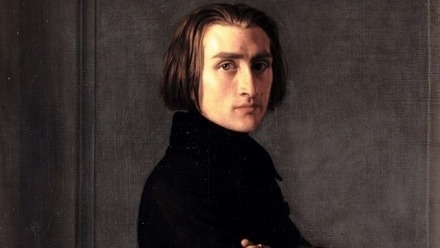 Psychobiography has often held an uneasy position in the writing of musical biography. Ernest Newman’s: The Man Liszt: A Study of a Tragi-comedy of a Soul Divided Against Itself (1934) attempted to ride the wave of the debunking biography model laced with a psychoanalytic angle, but few of the critics cared for it. Newman tried a similar approach in The Unconscious Beethoven (1937) arguing that the ‘finger-prints’ of Beethoven’s music suggested a particular psychology, but this endeavour was also largely dismissed by the critics and the reading public. Written much later, Maynard Solomon’s Beethoven (1977) is often praised as a psychobiography par excellence, but there is little psychoanalysis in it except a few references here and there to works by Freud. But there were many other writers apart from Newman and Solomon who over the last century have written many books and essays with a psychoanalytic hue.

This seminar will examine the varieties of ways in which a number of writers on music have fashioned psychobiographies—mainly of composers—since the early 1900s to the present. It shows that the definition of what constitutes a psychobiography can been fluid and that merely citing Freud or any other psychoanalyst is not always a measure of what makes a biographical essay or book a psychoanalytical one. Through an examination of a selection of psychobiographies in music it is possible to identify methods or strategies of psychoanalytic writing borrowed or adapted from other areas of inquiry including theology, politics and literary history. In accounting for the sometimes-ambivalent attitudes to the use of psychoanalytic methods is musical biography I argue that these fears are based on broader issues concerning the potential of psychoanalytic work to destabilise conventional discourses of a musical work’s autonomy, the redemptive power of music, and the heroic portrayal of a composer. I conclude by suggesting that by studying psychobiographies in music we can illuminate aspects of the history of musicology that might otherwise be passed over or ignored.

Dr Paul Watt is an Adjunct Associate Professor of Music in the Elder Conservatorium of Music, The University of Adelaide. His research interests include music criticism, biography, popular music and street music, as well as intellectual and religious history. He is the author of Ernest Newman: A Critical Biography, published to international acclaim in 2017, followed by The Regulation and Reform of Music Criticism in Nineteenth-Century England (Royal Musical Association Monographs / Routledge, 2018). He is the lead editor of Cheap Print and Popular Song in the Nineteenth Century (Cambridge University Press, 2017, eds Watt, Scott and Spedding) and The Oxford Handbook of Music and Intellectual Culture in the Nineteenth Century (2020, eds Watt, Collins and Allis). He has published in a range of journals including Music & Letters and the Yale Journal of Music & Religion. He is currently completing a third monograph, Music, Moral Education and Social Reform in the Nineteenth Century and articles and book chapters on music and psychobiography.