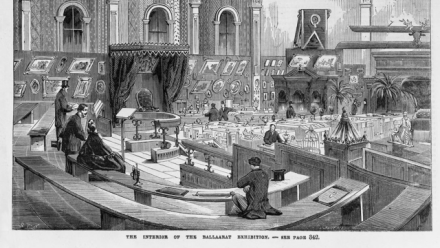 In the nineteenth century, the Australian colonies witnessed a remarkable proliferation of Mechanics Institutes.  By the opening decade of the 20th century, there were more Mechanics Institutes in Australia than in Britain itself, serving a population of less than 20 percent its size. Much like in Britain, in Victoria these institutes were largely deemed a failure in their mission to deliver technical and scientific education to the working man by the 1860s and yet their proliferation and the state support that underwrote it continued.  In the Victorian context, these Institutes seemed to have been less an intervention into the educational context of the settler colony and more of an constitutive element of its civic geography.

This paper will examine the first thirty years of their proliferation in colonial Victoria in order to suggest that they need to be understood in the context of two entwined historical forces: settler colonialism and political liberalism. These Institutes, I will suggest, were oriented by a pedagogy of liberalism that sought to cultivate certain kinds of liberal citizenship in the context of transformations in political representation, contestation and authority in the colony in the mid-nineteenth century.  The men who propelled their proliferation saw these Institutes as balms for possible political disorder as much as they understood them as institutes of technical and scientific education.  As I will show, moreover, the ideals of a reasoned and respectable liberal citizenship were potently and powerfully racialised – the Mechanics Institute movement in colonial Victoria was not only materially implicated in the dispossessive project of settler colonialism by literally turning Indigenous territories into the settled civic geographies of settler towns and cities.  It also discursively depended upon and mobilised ideas about racial difference in ways that legitimated settler colonialism and cohered ideas about the political capacities and modernity of settlers themselves.

Leigh Boucher is a Senior Lecturer in Modern History at Macquarie University. His work analyses the construction and representation of difference in liberal democratic political and popular cultures. This includes research on the dynamic of settler-colonialism and changing constructions of manhood in nineteenth century Victoria, anthropological constructions of the "Aborigine" in nineteenth century Australia, sexuality in contemporary historical films, contestations over masculinity in the representation of the AFL, and the impact of changing ideas about sexuality on the operation of citizenship in late-modern Australia. He is currently a visiting fellow at the Humanities Research Centre at ANU where he is working on the relationship between settler colonialism and liberalism in 19th century Victoria.