» Events » HRC Seminar: The Power and the Glory: The US Presidential Election 2020

HRC Seminar: The Power and the Glory: The US Presidential Election 2020 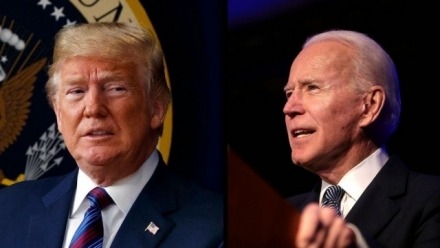 Every US presidential election looms as decisive for the future of the nation's well being and for geopolitical stability and predictability. Why does this one seem more decisive than most?  Indeed, will there be a result at all and, if so, how long will the world have to wait? One week after the 3 November presidential contest between Donald Trump and Joe Biden, the HRC is convening a panel discussion of its implications for America itself and for the rest of the world.

Dean Kotlowski is Professor of History at Salisbury University, Maryland, and a specialist in 20th-century US political and policy history whose books include Nixon's Civil Rights: Politics, Principle, Policy (Harvard UP, 2001) and  Paul V. McNutt and the Age of FDR (Indiana UP, 2015).

Jana von Stein is Associate Professor of Political Science and International Relations at the ANU with a particular interest in why countries sign up for international agreements, and why they comply.

Tim Lynch is Associate Professor in American Politics at the University of Melbourne. His latest book is In the Shadow of the Cold War: American Foreign Policy from George Bush Snr to Donald Trump (CUP 2020).

Zoe Robinson is Professor in the School of Politics and International Relations at ANU, an expert in legal institutions and comparative government with an interest in judicial behaviour and the US courts.