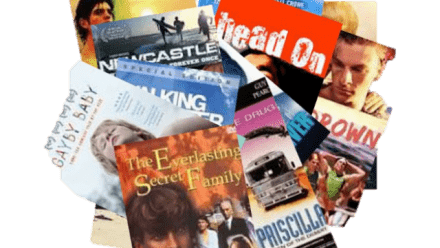 Australian film and television has a rich history of inclusive on-screen representation of gender- and sexual diversity, including LGBTQ+ characters, themes and stories. Yet this history is not well-recorded, and there has been little cultural analysis of the role these representations play among audiences in terms of impact on health, wellbeing and identity practices, promoting inclusiveness in Australian communities, and the cultural-pedagogical role of entertainment film and television.

This roundtable brings together five scholars working on Australian on-screen gender and sexual diversity to build a dialogue on how minority representation in film and television contributes to wellbeing, identity practices, breadth of cultural understanding and pedagogies of social harmony.  It demonstrates a substantial shift in queer media scholarship, recognising its significant as an integral cultural formation of everyday Australian culture, and in the lives of everyday audiences.

The Set: Groovy Sexploitation Film or Homophobic Relic of the Past? – Stuart Richards

Followed by a general discussion and Q&A on the role and significance of gender and sexual diversity in Australian screen cultures.

Stuart Richards lectures in Screen Studies at the University of South Australia. His first monograph The Queer Film Festival: Popcorn & Politics is published as part of Palgrave Macmillan’s ‘Framing Film Festivals’ series. He has previously worked with both the Melbourne Queer Film Festival and the San Francisco Frameline International LGBTQ Film Festival.

Tinonee Pym is a Research Associate on the ARC Discovery Project AusQueerScreen: Representation of Gender and Sexual Diversity in Australian Film and Television, 1990-2010 at RMIT University. She is a PhD Candidate in the Department of Media and Communication at Swinburne University, where her research focuses on queer community, sexuality and digital cultures.

Whitney Monaghan is a Lecturer in Communications and Media Studies at Monash University. Her current research examines LGBTIQ representation on screen. She is the author of Queer Girls, Temporality and Screen Media: Not ‘Just a Phase’ (Palgrave Macmillan, 2016), and co-author of Queer Theory Now: From Foundations to Futures (2020). She is also a co-ordinator of the Melbourne Women in Film Festival.

Scott McKinnon is a PERL Research Fellow at the University of Wollongong. He has a research background in histories and geographies of sexuality, and the place of movies in Australian cultures, with a focus on film reception and memories of cinema among gay audiences. He is the author of Gay Men at the Movies: Cinema, Memory and the History of a Gay Male Community (2016).

Rob Cover is Professor of Digital Communication at RMIT University, and  a chief investigator on the ARC Discovery Project AusQueerScreen. His books include Emergent Identities: New Sexualities, Gender and Relationships in a Digital Era (2019), Flirting in the Era of #MeToo: Negotiating Intimacy (2019), Fake News in Digital Cultures (2022) and Identity and Digital Communication (2023).

On Campus, TBC after registration